We are very proud to host the prizegiving ceremony of The Meteoriks - an award to honor demoscene productions of 2018.

The winners of 9 categories will be presented to the public on Friday, April 19th, 20:00 CEST.

A screening of all winner entries will take place on Saturday, April 20th, 21:00 CEST in the seminar area.

For those staying at home, both the ceremony and the screening will be streamed live and made available on YouTube afterwards.

Since its inception in 2013 at WeCan, the Shader Showdown has gone from strength to strength. After the first full season of qualification tournaments at demoparties around Europe we’re now heading to Saarbrücken for the 2019 season final!

It's the ultimate fight of knowledge, persistence and crowd-pleasing skills: Two coders face off writing a shader from scratch in 25 minutes, live on stage, with a DJ supporting them with pumping beats. The crowd gets to watch both shaders evolve in parallel on the big screen, enjoying the action and cheering on the participants. The objective is simple: At the end of the 25 minutes, whoever gets more cheers from the spectators wins. All battles will be moderated live by hosts who can’t code and coders who can’t host.

At this Revision, we're going to run two tournaments in parallel:

The first qualification battle for the 2020 Showdown

Just like last year, the Shader Showdown will be touring demoparties across Europe, and each time four coders will have a chance to qualify for the final battle in 2020!

We're kicking off the season at Revision with a bracket of four contestants, one of whom will earn the golden ticket to the 2020 finale.

The shader champion of 2019

Likewise, last year's tournament will come to its spectacular conclusion at Revision! Champions from last year's qualification battles at demoparties all over Europe come head to head in the final elimination bracket to determine the Ultimate Shader Overlord of 2019!

We have six champions this year, and to fill the ranks for a bracket of eight, we will hold an extra Wildcard Battle where four aspiring contestants will compete for the last two slots and a chance at a fast lane to overlordship.

Our champions of the 2018 season

We’re looking for volunteers to fill the remaining spots in our competition schedule! To volunteer, please send an e-mail to the Revision hotline address or contact Havoc directly.

The Rules at a glance

The traditional SPORT(ish) event you all love will happen again: The exhausting fun 5k Run!

And you can be part of it! All you need to do is to bring your running gear and show up at the infodesk on Saturday morning, April 20th at around 11:00 CEST.

Even if you're out of shape or very shapely - just do it. Even D.Fox did it at TRSAC and came in superlast! But he prevailed to live another day.

And don't worry about getting lost - we'll take good care of you during the run! We even have prepared a little stop where you can refresh yourself with some nice beverages.

And afterwards, you will feel pain good, tired fuzzy and dead warm inside. You will be on top of the world. And you should have plenty of time to take a shower, grab a beer and be ready for the first compo of the day.

Did we mention that we stole this idea from the TRSAC organizers? Now you know - all credits go to them <3! 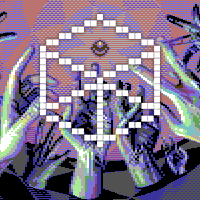 The Nicepixel Awards are here to show off pixel art releases, promote active artists and nominate the best entries from the past year.

The winners of 6 categories will be presented to the public on Sunday, April 21st, 15:45 CEST.